Just look at how grown-up she is! It’s hard to believe that Princess Charlotte is now almost 3 years old, and that today was her very first day of kindergarten.

Whatever we feel, it can hardly compare to how the Duke and Duchess of Cambridge must have felt today, the same as any parent when the next chapter of their child’s life begins.

Before leaving this morning, Charlotte posed on the steps of Kensington Palace as her mother took pictures to mark the occasion. In one, the princess is sitting and smiling directly into the camera. In the other she is standing and holding onto the rail for balance.

Her red coat matches her mary janes, and she sports a pink scarf and backpack.

The last time Charlotte was pictured was for her family’s Christmas card, on which her parents and brother Prince George also featured.

Kensington Palace released today’s pictures via their official Instagram account, with the caption, ‘The Duke and Duchess of Cambridge are very pleased to share two photographs of Princess Charlotte at Kensington Palace this morning.

‘The images were taken by The Duchess shortly before Princess Charlotte left for her first day of nursery at the Willcocks Nursery School.’

The school is less than a mile from Kensington Palace.

As for four-year-old Prince George, he started school at Thomas’ Battersea earlier this year. 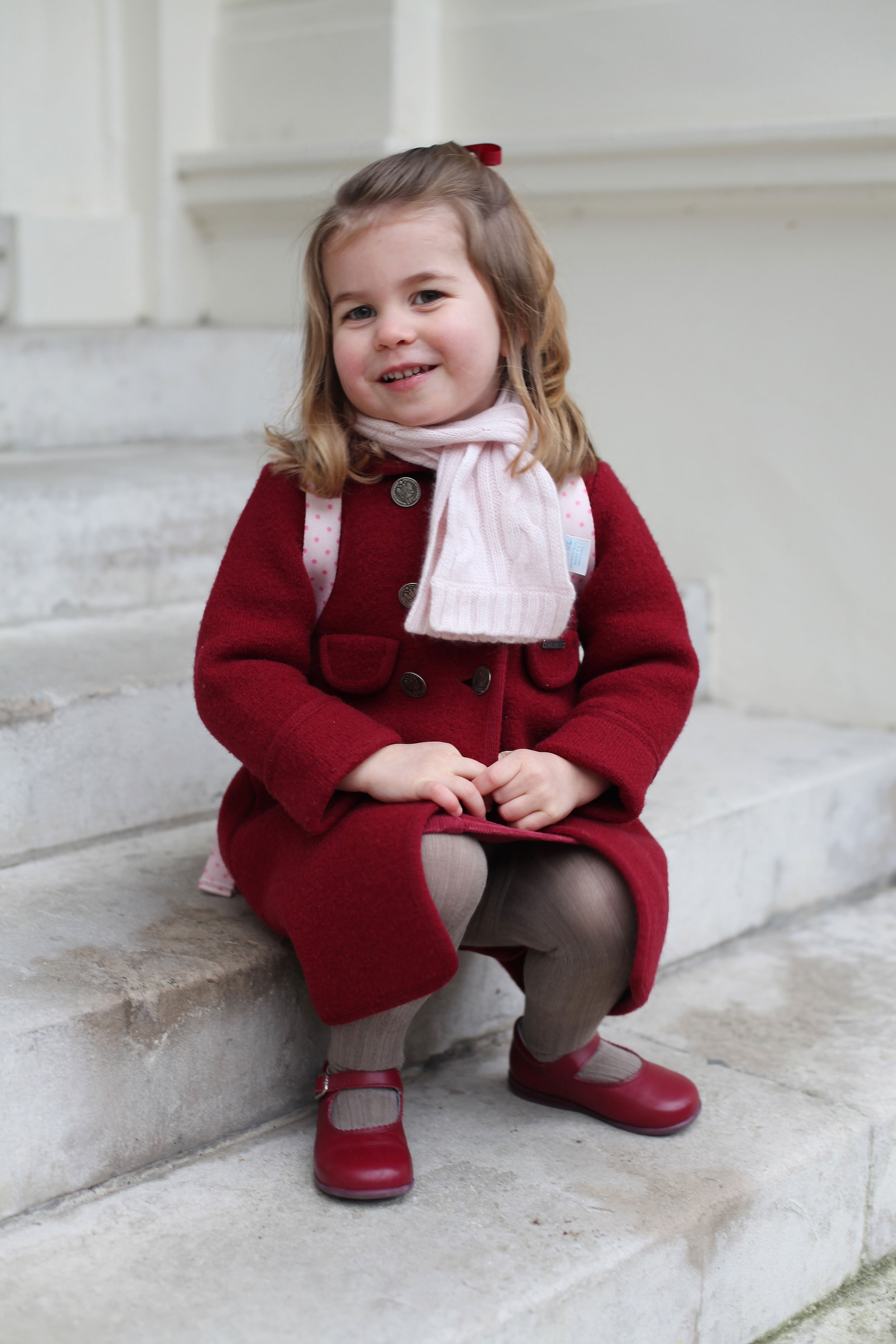